Impressed with the #go team's work of adding generics. The combination of inference, structural subtyping and generics was always hard, and the preference for the first two will forever shine through. Generics are not changing the language by much, which is quite an achievement.

Thinking about "industry pipelines". There is a Haskell -> Scala (and F#) typed FP abstractions one, but also a much less apparent ML -> Scala module systems one. Nice post on the latter (from 2015) https://github.com/yawaramin/scala-modules/blob/master/README.md Is there a Scala 3 version? #scala

Very torn. Had some time to continue my little tableaux prover, in #racket. How to balance educational and efficient pragmatically? What is readable? Lists or structs (or objects)? for/fold or recursion? The choice overload slows me down.

I should just get stuff working and worry about perception, style and ideals later. Finishing something can be worth more than perceived or imagined quality increases, esp. if you can just revise later. I am dubbing this the Bay Area attitude.

When an encryption method turns a cleartext into the same cyphertext every time, this is called *deterministic* encryption. It is a very special case and often not desirable: an attacker can derive information about the cleartext (starting from: whether it changed or not.)

Who can I follow and boost here for programming languages, types, logic related stuff?

I wrote up an example of presheaves and the sheaf condition, using runs of an automaton (finite state machine). I hope it is useful for teaching, but in any case I personally found it useful for my learning. https://blog.burakemir.ch/2021/12/worked-example-of-automata-runs-as.html

Particle physics has the standard model, mechanized logic has the λ-cube.

Playing with Typed Racket in my spare time. It's pretty cool, though takes a bit time to get used to. With every day getting a bit more fluent.

A union type like (U my-struct-foo my-struct-bar) serves as an algebraic data type with cases Foo and Bar.

It takes a bit of time and has rough edges, e.g. there is no "standard" dictionary (Map[A,B]) type, but I think I'll be fine writing wrappers for those things. A very fine tool for prototyping. 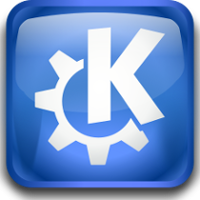 You can use Mastodon to add comments to your static blog engine.

If you're stopped by a cop:

I went to a seminar put on by the Seattle Chapter of the National Lawyers Guild. If police stop you outside a car, this is what you should do:

ask: "Am I free to go?" Persist until you get a yes or no
-if yes, leave ASAP
-If no, say this:
"I'd like to speak to a lawyer"
"I don't consent to a search"
"I am exercising my right to remain silent"

You must request a lawyer clearly and directly. It may be true that a cop could claim ignorance of what someone means when they say "I want a lawyer" or "I'd like to talk to a lawyer," but the meaning in the context of an interaction with police should be obvious and claimed ignorance would not hold up in any court that isn't rigged, like small town courts.

The lawyers that hosted the seminar relayed the story of someone who was in the process of being arrested and said "I want a lawyer, dawg." The police and state successfully argued to the court that the meaning of what the person said was unclear, and they thought he was requesting a "lawyer dog." Be concise and precise in your wording.

Even if police hassle you about not consenting to a search, and even if they proceed with a search anyway, directly stating you don't consent to a search ensures that if they search you and find anything, that evidence could be dismissed as invalid due to being unlawfully obtained. Ed told us via twitter:
"Here's a reason why I use Signal..."

@sir C++ is what you get when you start designing a language and you realise you're digging too much deep, and you decide to climb out of the hole by digging through the earth.